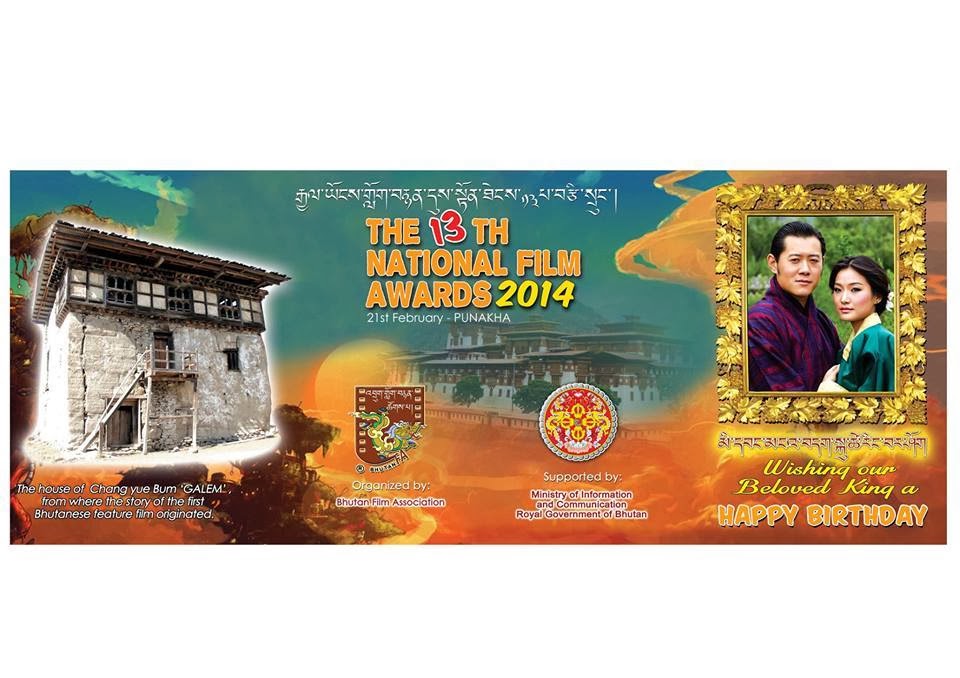 The 13th Bhutan National Film Awards was held on the 21st of February 2014 in Punakha coinciding with the 34th Birth Anniversary of His Majesty the king.

The following are the award winners of 13th national film award.

Unlike the Oscars, 13th National Film Awards had some few Bhutanese film enthusiasts like me glued to the television. It was not glamorous and star studded like the Oscar Awards but something smaller in picture and also have only Bhutanese audience unlike Oscar where they have international viewers with much fanfare. The National Film Award of Bhutan cannot be compared to International Awards because our industry is still growing and it takes a lot of years and hard work to gain momentum. But still then, for Bhutanese its is nothing comparable to the Oscar.

I have hardly watched two of the movies from the above list. My Teacher My World and Phurba Thinley. However, both the movies has been nominated and awarded several awards. 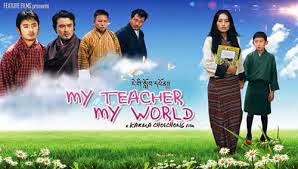 My Teacher My World is a wonderfull movies focussed on a lot of issues prevailing in our society. There are beautiful and soothing songs in this movie.

In fact, Tshoke Tshomo Karchung deserves the awards for the Best Actress. She is portrait as an obedient housewife, daughter in law, mother and a caring teacher in this movie. She has tried her best to do justice to her roles.

Of course, this movie took home the award for the best director & Choreography as well as Youth & Education related awards. 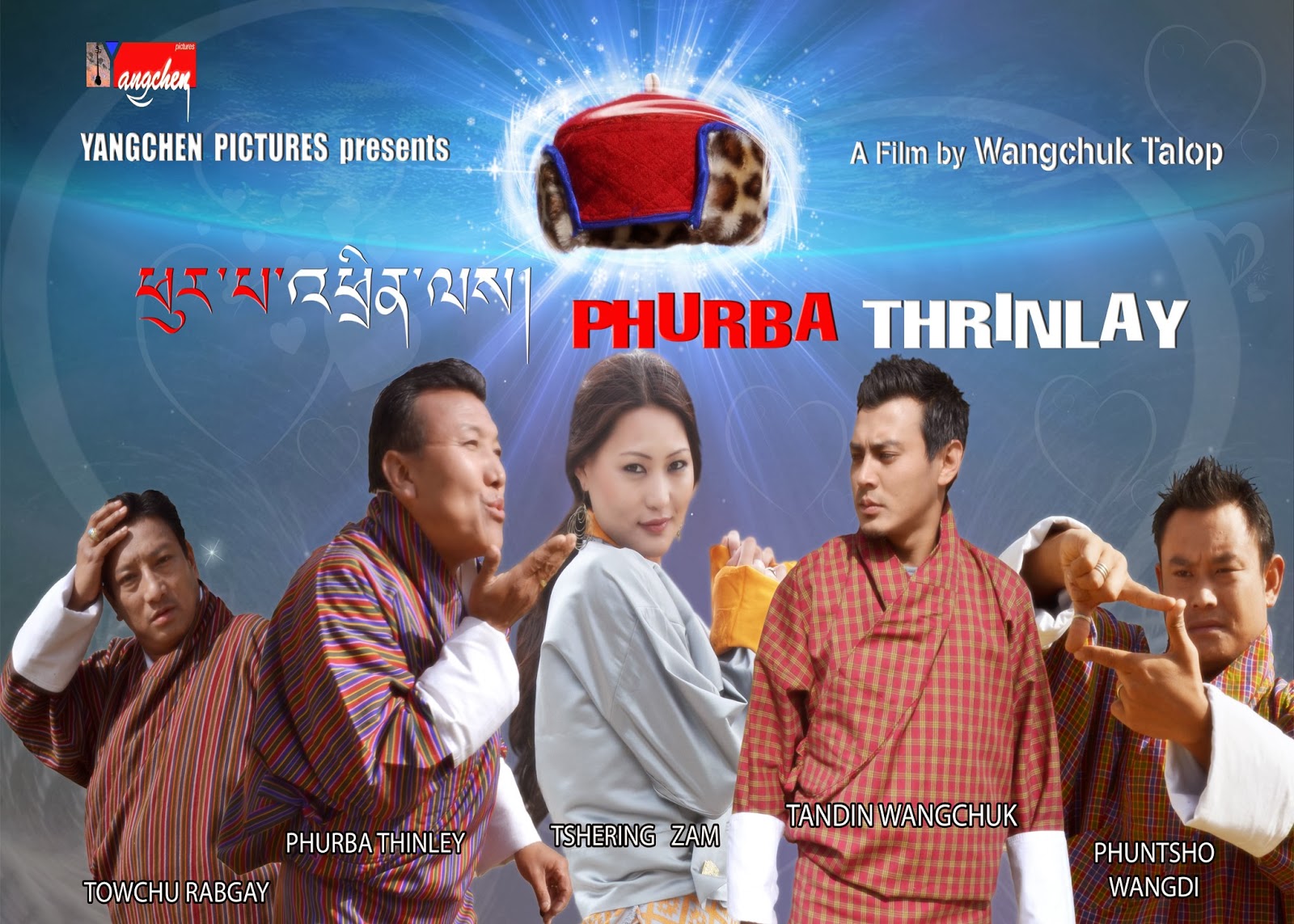 My friend's son who is just two and half years old loves Phurba Thinley more than anything else. So, that was the main reason why we went all the way to Trowa Theater to watch this comedy film. It turned out to be a huge surprise for me to see Phurba Thinley in the role of the main protagonist because i had never ever imagined that he could be so good. The other actors Tshering Zam and Tandin Wangchuk looked cute.

I think the Bhutanese film industry is developing. Every year, 10-20 films are released. And, it is good to see that movie theaters run houseful for few weeks. That shows the support our people have for our home made movies. And, it is even more encouraging for the film fraternity when there are also awards for Best Culture Based Film, Dzongkha Language and Youth & Education film awards which is quite peculiar in contrary to the lots of Bollywood awards that we watch on television. Some other movies that  i watched  last year was Selzin & Sorry wai which didnt receive any of the awards. I am yet to watch Miss Kota and Sakten Metog. 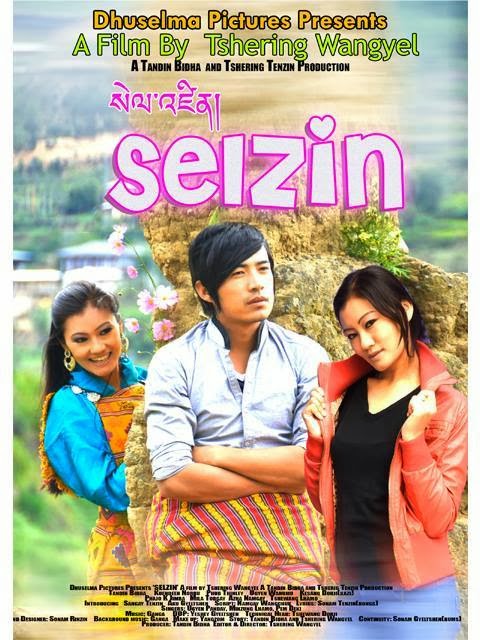 I don't understand why our people do not prefer to watch any of our Bhutanese movies. Our youths like Korean Dramas & movies while our educated folks prefer Hollywood type and there is no single person who do not like Bollywood movies.  It is sad to see that our own people do not promote our local films and appreciate their talents. Instead, some compare our movies with that of foreign ones. To the ones who complain and compares our local films, i must tell them that Why don't you invest your money in watching locally made films? So that the revenue they earn might go in purchasing better camera and filming equipments, so that they get well trained & also also can hire professionals. These are some the reasons. I know our industry is growing and they are going to do great oneday perhaps we have to be little patience. The small market we have is largely flooded by the Korean, Hollywood and Bollywood movies. I hope one day, all our people likes going to theater to watch our local made movies and our movies will have international audience. Hopefully, that day is not going to be distantly far with the release of Vaara, the Blessing. This is one i really want to watch.
Posted by Subba Shan at 5:00 PM